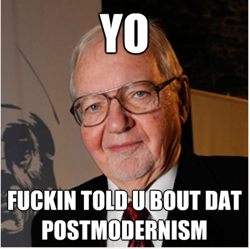 So it just occurred to me that vodkadietcokes never actually talks about diet coke, BUT today on a forum where I talk to random people about how fun it is to be mentally ill I saw this:

“Some people order like 2 burgers a side of onion rings, a portion of fries and then add on a diet coke. Like what?? This can apply with any good. People go to an all you can eat buffet, totally stuff themselves but get a diet coke. Why? Just why?”

So like obviously the OP is just a basic that thinks fat people r stupid, but like the question is asked so often that it got me thinking. I have two main theses:

2) People are increasingly drinking more diet coke even when eating usual junk food basically because Coke told them to.

– Coke appear to be changing tactics globally (but so far most effectively across western markets) and pushing their non sugar products, as sales figures show (i.e. in 2017 UK sales of non-sugar Coke caught up w its sugary counterpart for the first time, which is good for Coke cos this April saw a 520m pound / $735m tax slapped on all sugary drinks.

– the hustle is a clear response to increasing regulatory pressure from officials and consumers groups who basically think (with good reason) sugar is the new tobacco i.e. the devil and must get gone. If Coke share this view it follows they have to push their Diet/Zero/Life products harder to survive – as it doesn’t look like they/American Beverage Association can just keep taking regulators to court when there is a public health outcry like they did w NY mayor Bloomberg when he tried to ban supersize Fat Coke servings in 2012, naturally got sued and lost the case, lol.

– Coke are paranoid about damaging consumer trust (as is everyone). Not long ago Coke got pressed for buying up millions of $$ of (obviously therefore biased) research to pedal it’s sugary drinks and claim that americans as a whole – get this – are focusing too much on counting calories and not enough on exercise. A recent campaign by public health officials and a New York Times exposee resulted in the disbandment of a certain Global Energy Balance Network, a non-profit created by Coke to ‘shift focus away from bad diets’ onto moving around, lest we stop suckling the teat from which evil saccharine fizz drips. This wasn’t great for the brand so now Coca Cola are trying very hard to make the impression they are leading the fight against Fat Coke (incl. raising prices, reducing bottle sizes etc.), bless em.

– Idk if this is something people just say in market research or whether it’s true but the received wisdom is that consumers are becoming smarter and harder to fool/please. Also despite the food/drink industry’s valiant efforts, actual science publishes its peer-reviewed findings on sugar – and these are increasingly damning and publicly available. So even if the average american/brit still eats a lot of crap, it stands to reason they’ve had enough exposure think fat coke is not as attractive a choice as diet cos they associate it with health risks specific to fat coke, such as multiple teeth falling out due to tooth decay in young adults frequently drinking the stuff.

Okay so that’s basically the answer – but like I think it’s important to also keep in mind that we’re still talking about sugar – King Sugar, the commodity of empire, slavery and neo-liberal immiseration – and the industry won’t let up without a fight just cos we’re getting a bit fat here in the core economies. There’s a reason why it has been easier for food and drink giants to intimidate ‘developing’ countries attempting to step out of line and do something silly like govern. A notable example is (as ever) Mexico, when in 2001 an attempt to tax non-cane sweeteners (like High Fructose Corn Syrup, key ingredient in Fat Coke, pain and death) resulted in two law suits that saw the Mexican state fork out $58.4 and $37mil to two unconnected US-based transnational corporate interests. In a more recent and grotesque twist, a deep-in-2009-recession Mexico handed over $90.7 million compensation to Cargill Inc. The American TNC successfully used NAFTA rules to ‘level’ that particular playing field, as Mexico paid dearly its attempt to boost domestic sugar industry that at the time estimated to affect some 4 to 5 million Mexican jobs. The move will surely function as a best practice case study for industry for decades to come, especially in the light of uncertainty associated with things like CETA, Brexit and Trump’s trade wars. But all that deserves a separate blog imo. Cheers!